Sampoerna at a glance

PT Hanjaya Mandala Sampoerna Tbk. (“Sampoerna”) has been a significant part of Indonesia’s tobacco industry for more than a century since its establishment in 1913, with Dji Sam Soe or known as the legendary “King of Kretek”. Sampoerna is the pioneer in the Machine-Made Kretek Low Tar (SKM LT) cigarette category in Indonesia by introducing Sampoerna A in 1989. The main brand in Sampoerna A is now the leading brand in the Indonesian cigarette market. The Company also produces some of the best-known kretek (clove) cigarette brand families including Marlboro Filter Black, Sampoerna U, Philip Morris Bold and Sampoerna Kretek.

For more than 10 years, Sampoerna has been the market leader in Indonesia, with a 32.2% market share in the Indonesian cigarette market in 2019. Sampoerna is a subsidiary of PT Philip Morris Indonesia (“PMID”) and an affiliate of Philip Morris International Inc. (“PMI”), a leading international tobacco company with global brand Marlboro. The scope of activities of Sampoerna comprises of, among others, manufacturing, trading and distributing cigarettes including distribution of Marlboro, the leading international cigarette brand manufactured by PMID. 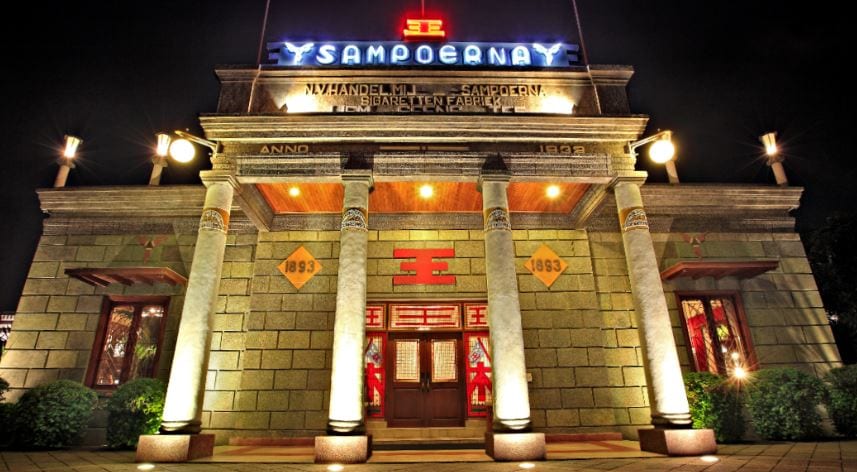 The history and achievements of Sampoerna is inseparable from the long history of the Sampoerna family who founded this company 1913.

As one of the leading tobacco manufacturers in Indonesia, we are proud of our traditions and Three Hands Philosophy as the base of our success today and in the future.

Liem Seeng Tee began his business by producing and selling Hand-Rolled Kretek Cigarettes (SKT) at his home in Surabaya. His small business was among the first to manufacture and market SKT, under the brand Dji Sam Soe. 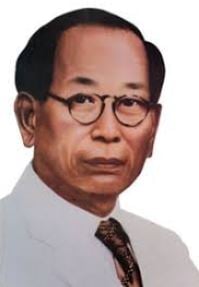 With his business firmly established, Liem Seeng Tee then formed a company under the name Sampoerna and moved both his family and factory to a building complex in Surabaya, which was named “Taman Sampoerna.” The facility still produces Sampoerna’s Hand-Rolled Kretek Cigarettes. 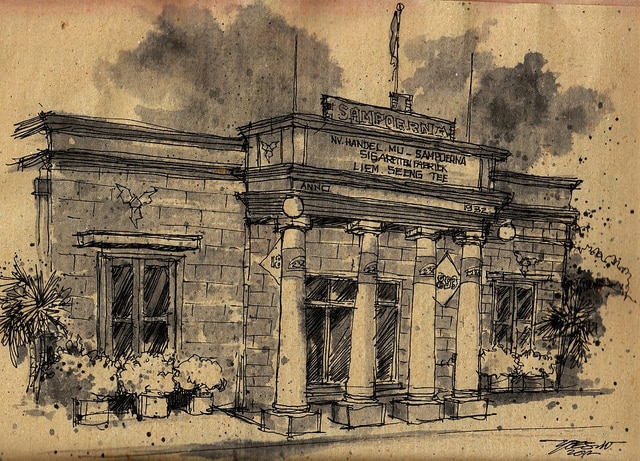 Sampoerna’s operation was then passed on to the second generation of the family, Aga Sampoerna, who focused on the production of SKT through Sampoerna Hijau, which is known as Sampoerna Kretek today. 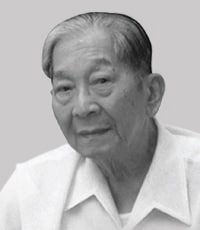 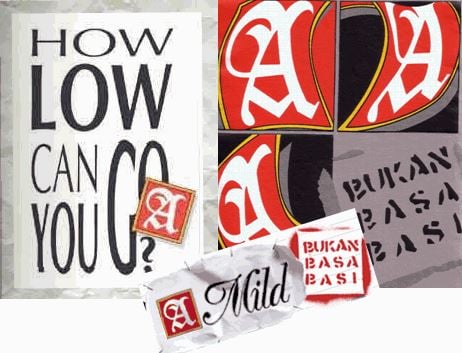 Sampoerna became a public company, establishing a modern corporate structure and embarking on a period of investment and expansion. 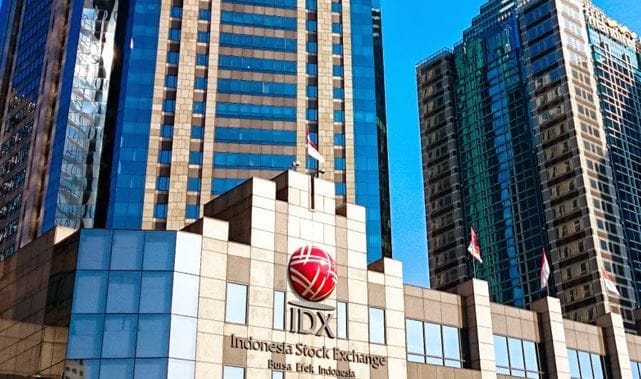 With its business success, Sampoerna drew the interest of Philip Morris International Inc. (PMI). This led to PT Philip Morris Indonesia (PMID), a subsidiary of PMI, acquiring majority ownership of Sampoerna in May 2005.

Sampoerna overtook the number one market share position in the Indonesian cigarette market.

Sampoerna completed a rights issue to comply with the requirement that public listed companies should have at least 7.5% of their paid-up capital in the hands of noncontrolling shareholders and non-major shareholders.

Sampoerna undertook a 1:25 stock split to provide investors with an affordable stock price and attract a wider base of retail investors. This corporate action was highly appreciated and gained recognition from financial market community in the Asia Pacific. 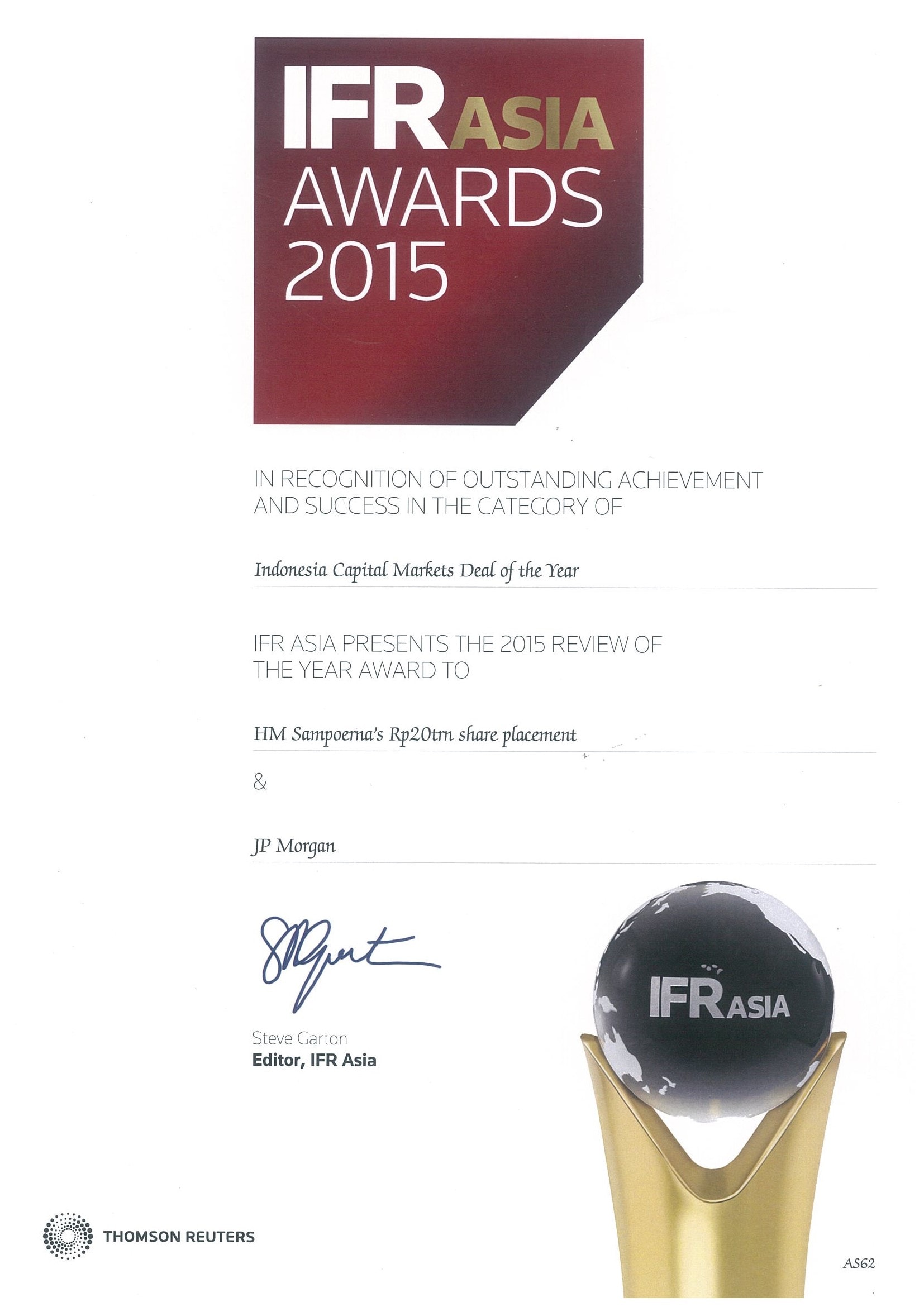 The vision of PT HM Sampoerna Tbk (Sampoerna) is contained in the "The Three Hands Philosophy".

This philosophy reflects the business environment and the role of Sampoerna with our key business stakeholders.

Our success is driven by the diversity of talents that contribute to Sampoerna. We celebrate diversity and make it a powerful force in order to face the challenges of today and the future.

Employees are Sampoerna's main asset, therefore we are committed to continuously develop all of our employees in order to have a brilliant career in Sampoerna as well as engaging in the global arena.

Sampoerna is committed to meeting the changing needs of adult smokers through well positioned brands across the segment portfolio.

We manufacture, market and distribute cigarettes in Indonesia, which include Hand-Rolled Cigarettes (SKT) and Machine-Rolled Clove Cigarettes (SKM)

Proud to be with Sampoerna

We are proud to contribute to Indonesia's growth for already over a century.

Along the way, we have become home to many inspirational stories.